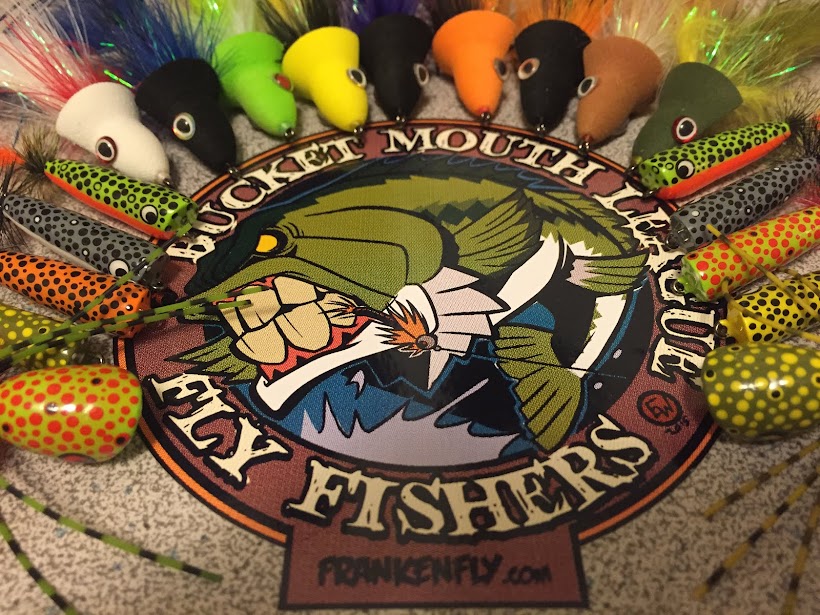 It is hard to believe that we are already two months into 2014.  Where does the time go?  I feel as though it speeds up the older I get, which isn't a good thing.  I had intended to do my end of the year post in January... Better late than never I suppose.

Looking back on my end of 2012 post, it's funny to me how I complained about my lack of fishing.  If only I knew what 2013 had in store for me then, I would have been out fishing like a mad man.  I have to say that for me, 2013 wasn't all bad.  Sure I was injured at work in July, lost the use of my right, dominant, hand and missed the entire warm water fishing season here in Maryland plus half of the Year of the Bluegill, but I also had some great stuff happen.  In fact 2013 was a year of firsts for both J&M Flies and myself.  I got my first true custom built rods from Shane Gray, Phil Butterfield, Zeb Tonkavich and Mark Steffen.  I used a guide for the first time.  I met new friends and finally put a face to the man behind The Fiberglass Manifesto.  I caught my biggest smallie and largemouth on a fly rod (on glass to boot) and chased carp for the first time.  As for J&M Flies, we gave our first interview (Franken Fly), released the Comrade Popper in a limited edition run, started sales of size 4 pencil and size 4 TCS poppers, brought back the Purple Night Stalker with a face lift and created the yet unnamed white popper with black spots and red eyes.  We also sold to more fly shops than the previous year and had a general all around increase in interest in our flies.  This (unfortunately) led to a backlog in orders which only increased after my injury.  It did provide us with some insight and allowed for changes in how we operate.

My goal for 2013 was to spend more time on the water fishing.  I doubt if that goal is any different from any other fisherman out there.  It is what we love to do and what we want to do more of. Sadly for me it wasn't to be.  I did, however, take a look back at my notes just to see how I did. Here is a breakdown of what I caught:

Not a stellar performance by any means but at least I got out to do some fishing.  So far 2014 isn't looking promising for me in the fishing department.  I'm not sure how I will handle sitting out another warm water season.  A big thank you to our family, friends, fans, followers, supporters and customers, without you we would not exist.  We'd like to make plans for 2014 but right now we are just hoping to get caught up on orders! :)

The Latest Edition of Flyfishing and Tying Journal

On Thursday I received the latest edition of the Flyfishing and Tying Journal.  A while back, a friend of mine was kind enough to give me a gift subscription to this magazine.  I have kept up with it since then.  They have a section of the magazine titled Keeping It Reel in which readers can submit photos of fish, wildlife, scenery, hilarious mishaps and camp life.   A while back I submitted a number of photos I thought would be worthy of printing in this section.  In the Winter 2013 edition, two of the photos were used.  The latest edition, Spring 2014, also contains two of my photos.  One of which, while very embarrassing, I am sure has happened to most if not all of us. The other one is of a nice crappie caught on a Road Kill using my 7'6 CGR loaded with 6wt line.  I am slowly but surely trying to take the section over via photos of glass rods and warm water fish. Many thanks to Greg, Jon and Debbie for taking the photos. 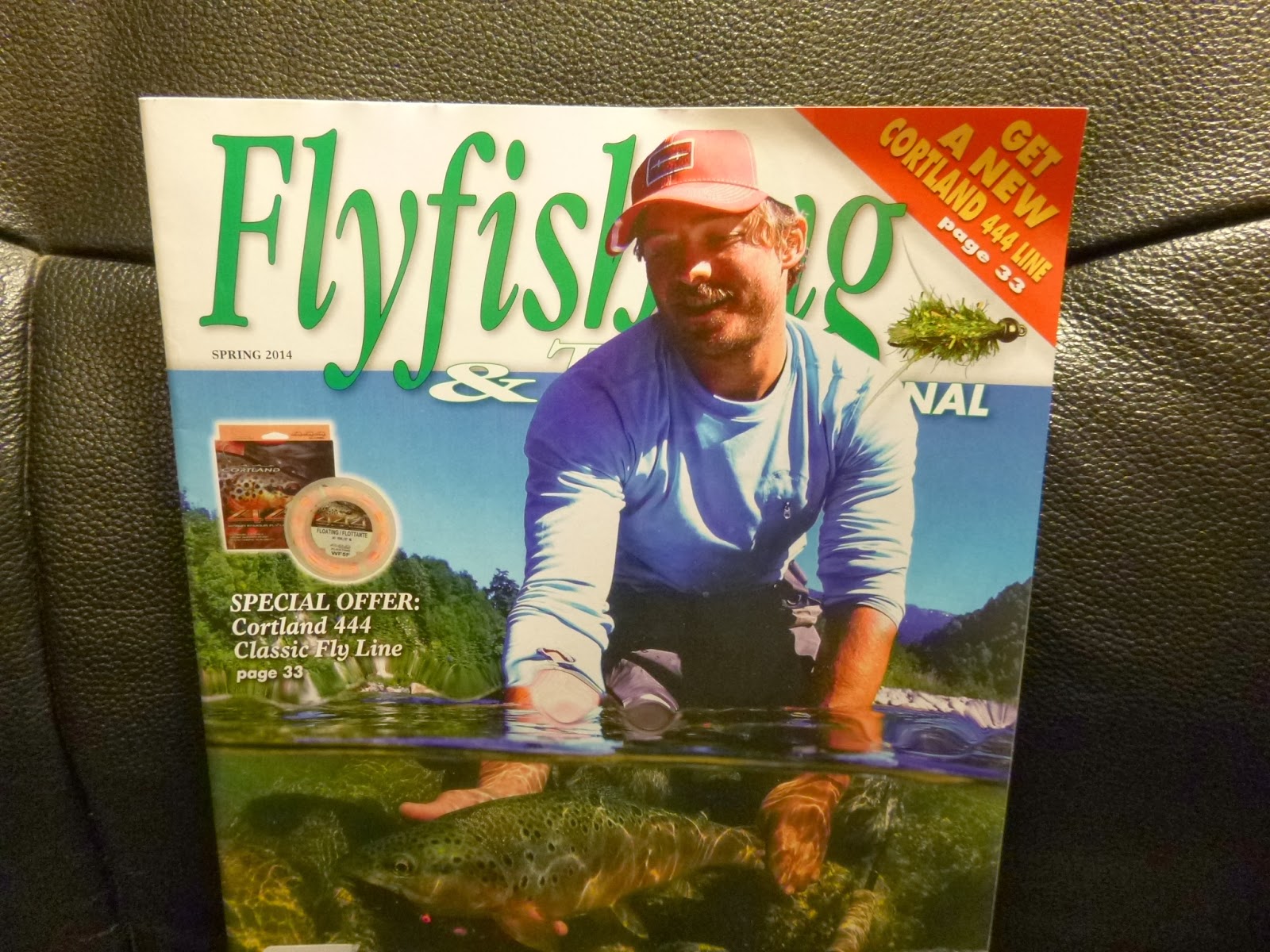 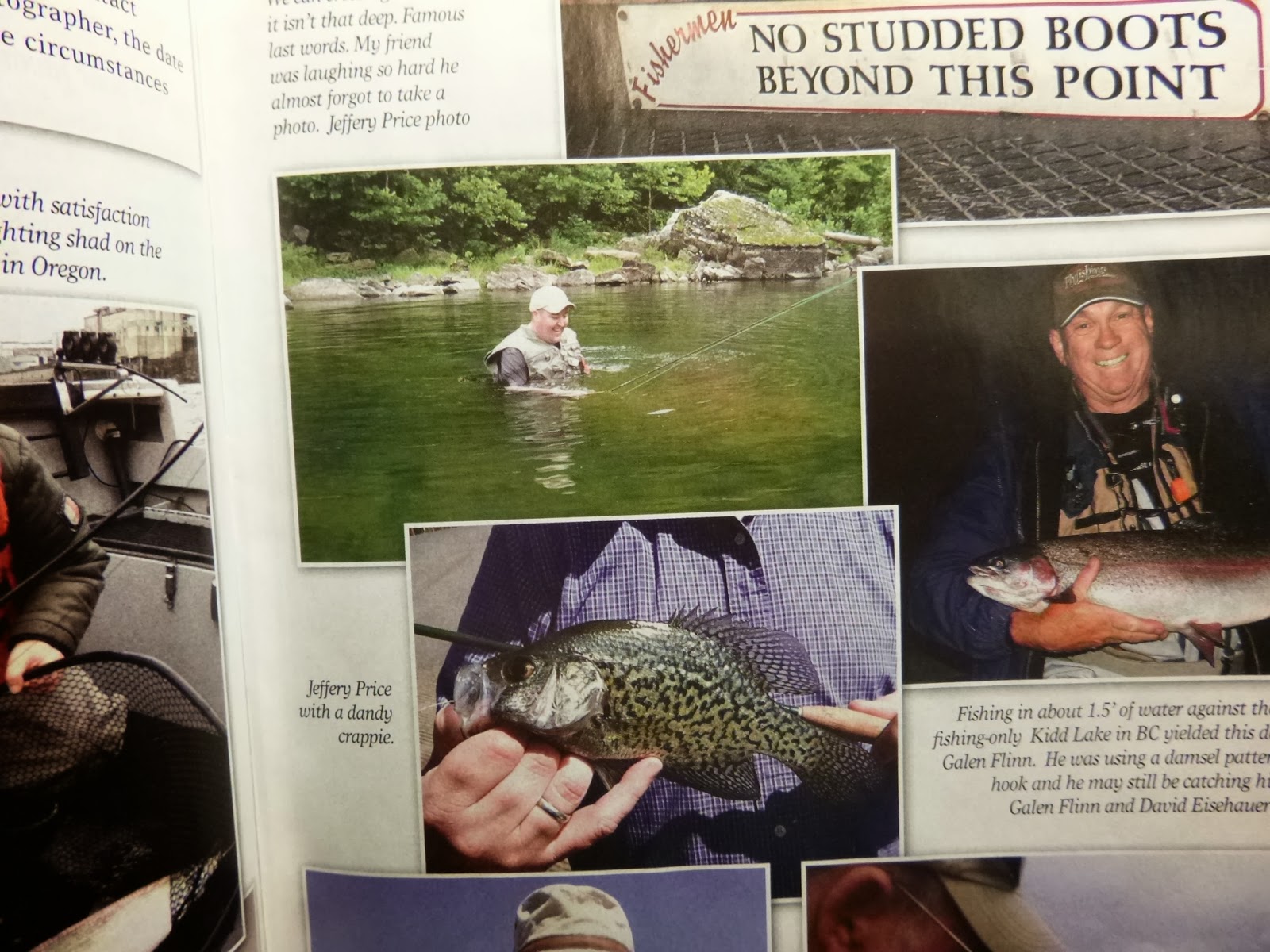 I wanted to take some time and talk about our friend Casey and his new site. Casey has been a friend of J&M Flies for some time. Although we have never met, Casey and I have often talked on the phone and via Facebook private message. Casey was instrumental in getting our flies into Swede's Fly Shop. Recently, Casey did what many of us only dream of doing. Casey quit his full time, high-powered corporate job to pursue a career in the fly fishing industry and, along with some friends, started Backcountry Fly Bums.

According to Casey and the website, Backcountry Fly Bums covers "Fly fishing remote waters in Eastern Washington, Northern Idaho, Western Montana and British Columbia." For me, not only is quitting my job to be a guide/full time commercial tier something I have often contemplated doing, but remote fishing is something I would love to do. Big name streams and rivers often get a lot of pressure. Sometimes the best fishing and scenery can be found off the beaten path. Backcountry Fly Bums offers a wide variety of services from half and full day guiding to custom fly tying to instruction both on the water and at the vise.

Backcountry Fly Bums can be found on the web here or on Facebook here. I would also like to point out that Backcountry Fly Bums is currently running contests over their Facebook page so make sure you get in on the action!
Posted by J and M Flies at 1:53 PM No comments:

Vote For Me Please!!!

By now I am sure that everyone knows I love warm water fly fishing, poppers, and fiberglass rods. Melissa and I have built a small business around this love.  Needless to say when Cameron over at The Fiberglass Manifesto proclaimed that 2013 would be the Year of the Bluegill I was excited.   My goal for January was to make sure that I was the winner for the spotting contest in order to set the tone for the Year of the Bluegill and get it off to a great start (in my mind, at least!).  For those that don't know, Cameron holds a spotting contest each month.  The idea is that the reader/follower will submit photos of themselves wearing The Fiberglass Manifesto apparel.  Each month, voting takes place and a winner is chosen.   While working on poppers, I had Melissa take a photo of me while I was wearing my TFM bluegill shirt.  I mean what better way to kick of the Year of the Bluegill then to have a warm water junkie win the first month?!?!?  So, with a big push and a lot of asking, our friends, family, followers, fans and customers came through.  I won January and became a finalist for the grand prize. 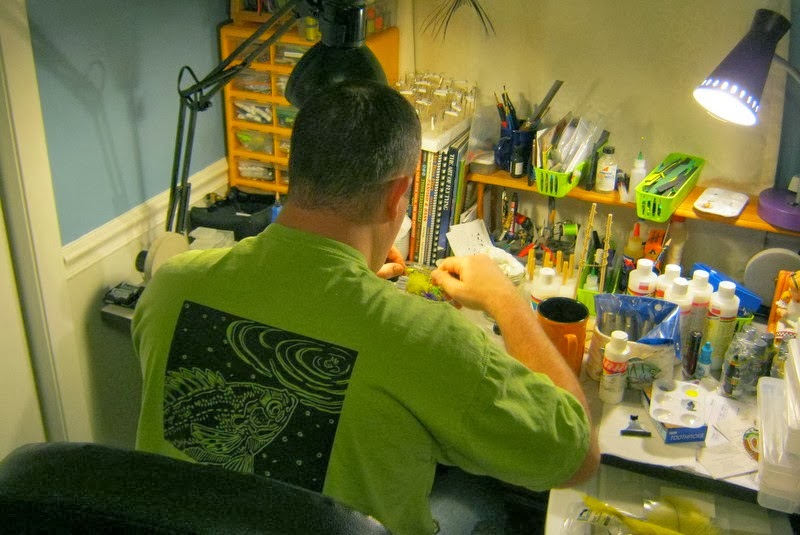 It's that time again for me to reach out and ask all of our fans, followers, customers, supporters, friends and family to take some time and vote for me.  I would love to end the Year of the Bluegill on a high note.  I feel that these fish are underrated and never get the respect they deserve.  As I have stated before, they are the Rodney Dangerfield of the fish community....no respect!  To make matters worse, I missed more than half of the Year of the Bluegill thanks to my injury.  Disappointing for sure.  So with all that being said, I am asking each of you to send an email to Cameron over at The Fiberglass Manifesto and tell him you want to vote for Jeff Price.  The email address is tfmcontests@gmail.com.  Thanks for your help and support! 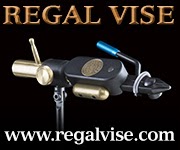